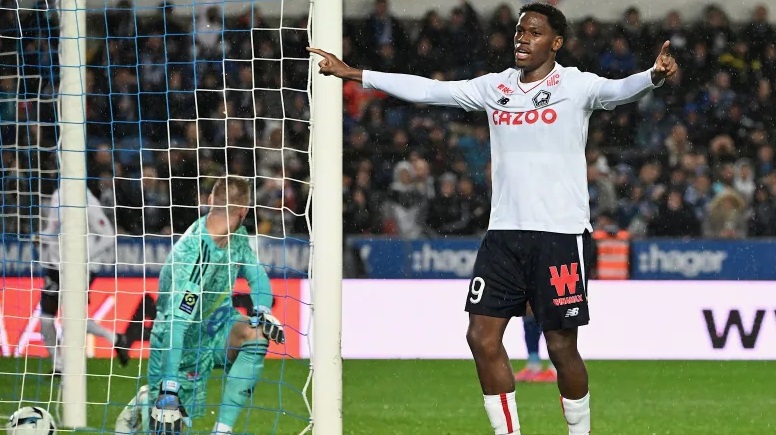 Lille star Jonathan David is said to be a transfer target for Everton next year, according to Sky Sports Germany, writes the LiverpoolEcho.

Their reporter Florian Plettenberg claimed on Monday that the Blues are ‘very interested’ in signing the Canadian international in 2023 but there has been no concrete offer.

He adds that the 22-year-old wants to sign for a ‘top-12 club in Europe’. Already this campaign, David has nine goals in 11 Ligue 1 matches.

Champions League holders Real Madrid have also been touted with a move for David in recent times. While in the past, Bayern Munich as well as Everton’s rivals, Liverpool, have both been credited with interest in the attacker, who according to The Athletic, has also been on the radar of Arsenal for some time. But in April, David moved to rebuff claims he was edging toward a move away from France.

He said: “My mind is not elsewhere as some say. I have ambition, I want to improve, but I’m still here.

“At the end of the season I will rest and maybe there will be talks with the club. My agent will take care of it. We’ll see how it goes.”

Everton fans should be able to get a closer look at their rumoured transfer target in November’s World Cup as Canada face Belgium, Croatia and Morocco in Group F.

There is no release clause in David’s contract, as per the German reporter, which could see his valuation north of £45m (€50m).