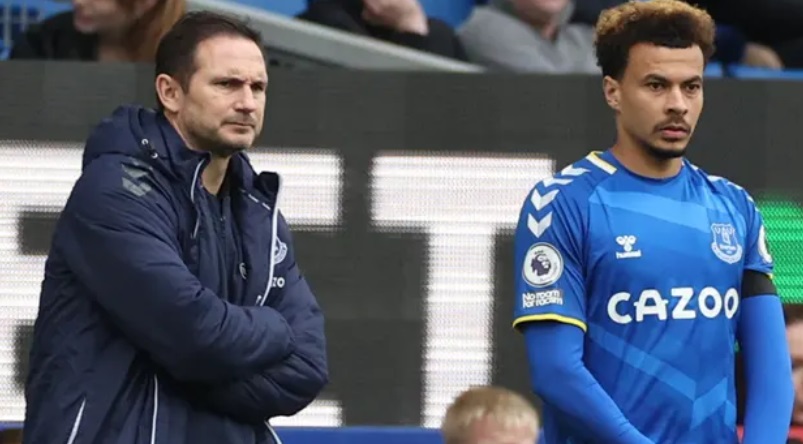 Frank Lampard says he hasn’t spoken to Dele Alli during his loan spell away from Goodison Park – but is aware of the comments made by Besiktas’ manager, writes the LiverpoolEcho.

Dele joined Everton from Tottenham Hotspur in January in a bid to revive his career. And although he helped keep the Toffees in the Premier League last season, impressing off the bench in the dramatic 3-2 defeat of Crystal Palace, the attacking midfielder failed to become a regular starter in Lampard’s side.

The 26-year-old was sent to Besiktas on a season-long loan during the summer transfer window. But so far, Alli has made just seven appearances and scored once, which led boss Senol Gunes admitting the attacking midfielder has been below expectations.

Lampard insists that Everton’s loans pathway manager, James Vaughan, is in contract with Dele even though he’s been unable to.

Speaing at his pre-Leicester press conference, the Everton manager said: “No, I haven’t been in touch with him personally but James Vaughan who does our loans is in touch with all our players who are out.

“I saw those comments. At the moment, he’s not playing for us. I don’t watch those games regularly, if I’m honest, I’ve got enough on my plate here. We will check in with all of our players. We are across it but those comments, I just saw as you did.”