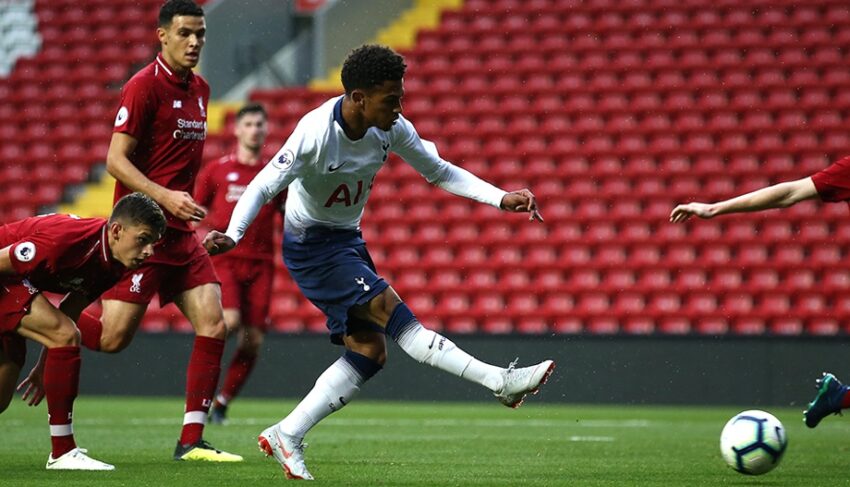 Tottenham are understood to be plotting a January move for Sporting Lisbon star and former Spurs man, Marcus Edwards, writes the F365.

The young midfielder came through Tottenham’s academy and made one senior appearance before moving to Portugal in 2019.

Edwards spent two and a half seasons at Vitoria de Guimaraes, where he racked up 86 appearances across all competitions. The player also chipped in with 20 goals.

During the 2021 January transfer window, the former England youth team star was snapped up by Sporting Lisbon.

Since arriving at Estadio Jose Alvalade, Edwards has made 34 appearances. The player has also bagged 10 goals and produced nine assists.

One of those goals came against Tottenham in a recent Champions League clash in North London. The match ended in a 1-1 draw, though the midfielder certainly caught the eye of his former employers.

Sporting went on to finish third in their Champions League group following a 2-1 defeat at Eintracht Frankfurt. The result has condemned the club to the Europa League, however Edwards still has a chance to compete in Europe’s elite competition.

According to a report by Portuguese media outlet Record, Tottenham are planning to make a move for the 23-year-old.

Edwards, who has £52m release clause, recently confirmed his desire to one day return to England. He said: “It’s home, so of course I want to come back there [Premier League] one day. I just focus on what I’m doing here for now.”

A move to former club Tottenham could represent his best chance of returning to the Premier League. Spurs, who inserted a 50% sell-on fee when they sold the player, could now re-sign him without splashing a vast fortune.

Sporting have endured a tough start to their domestic season, winning seven of their opening 12 league games. Edwards has scored three goals in his last four games and is enjoying good form.

Tottenham, on the other hand, were flying at the start of the campaign. However, Conte’s men have lost three of their last four games and have lost ground to Premier League leaders Arsenal.

Conte recently admitted that his side are still some distance away from winning trophies. The Italian manager would undoubtedly like to strengthen during the January transfer window as he continues to build a competitive squad.