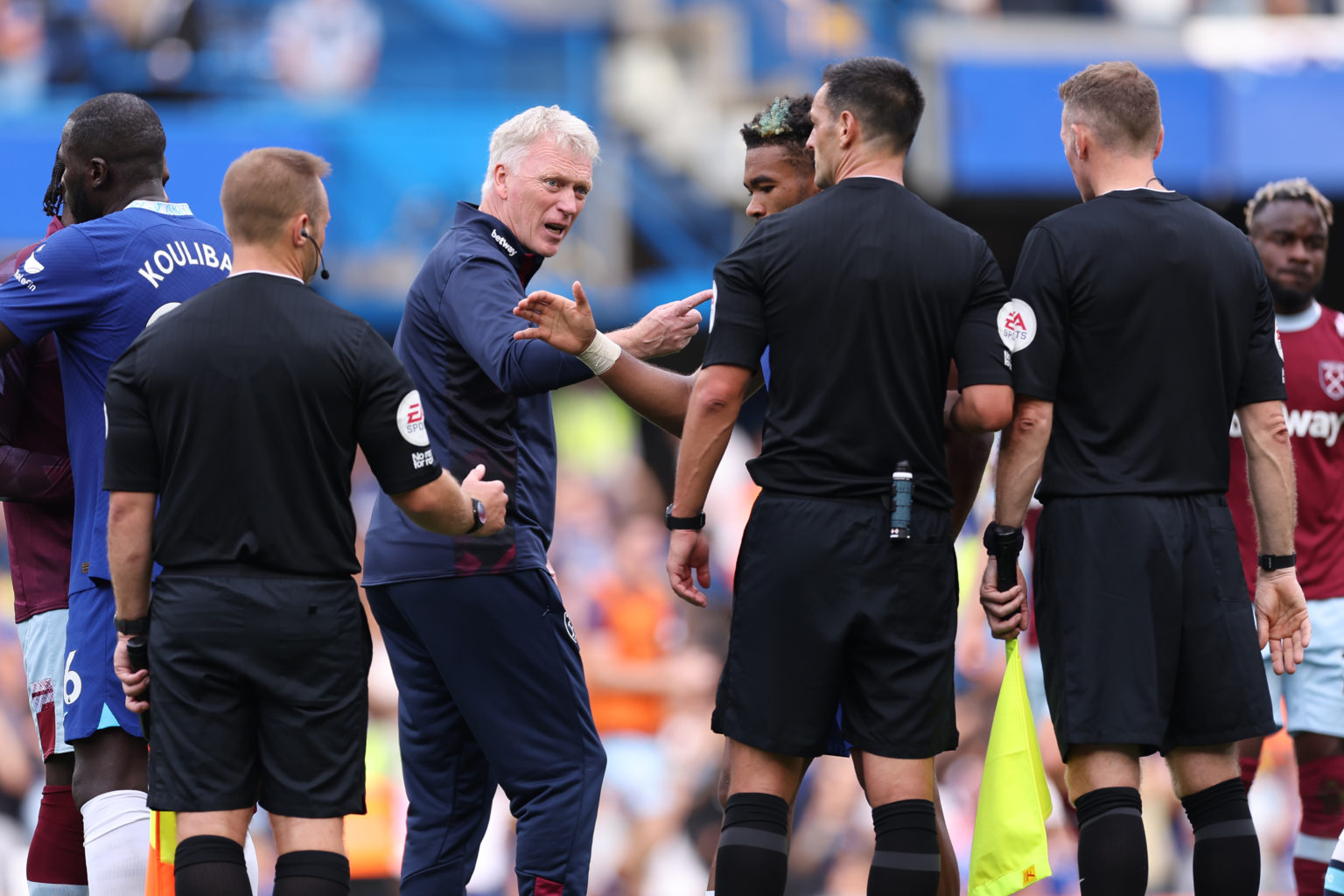 The Hammers went 1-0 up with about 30 minutes still to play against Chelsea yesterday.

Thomas Tuchel’s side came back into it though with goals from Ben Chilwell and Kai Havertz.

Maxwel Cornet smashed home immediately after Chelsea’s second goal to tie the scores at 2-2. The goal was ruled out by VAR though after West Ham ace Jarrod Bowen was adjudged to have fouled Chelsea goalkeeper Édouard Mendy.

It really was an awful decision and hurt so much. We may not have deserved to win the game but we certainly didn’t deserve to lose it.

There have been some horrendous decisions already this season but that one yesterday took the biscuit.

West Ham manager Moyes was seething, and rightly so. The officials operating VAR cost us what would have been a precious point yesterday.

The Scot was visibly angry and tensions were clearly boiling over as he went on to the pitch after the match.

Moyes’s anger did not subside either.

That’s fair enough, the shocking VAR decision was the difference between a loss and a draw for Moyes and his team.

talkSPORT reporter Alex Crook took to Twitter and shared how Moyes reacted when he met referee Andrew Madley after the game behind the scenes:

David Moyes has just angrily confronted Andrew Madley in the referee’s room. Safe to say he is very, very unhappy about the decision to chalk off late #WHUFC equaliser. Lots of expletives.

Moyes doesn’t want an apology either:

I suggested to Moyes he may get a retrospective apology. He said he would not welcome one.

He’s right. What good will a retrospective apology do us now?

Nothing will change until these referees and those operating VAR are made accountable for their actions. They hide away after every match without having to explain themselves.

If they did have to go on camera after games to explain their decisions, referring would improve overnight in my opinion.

David Moyes had every right to lose his temper with the referee yesterday. They say that these things even out over the course of the season. I don’t agree though. It seems to be the so-called big six who get these decisions made in their favour week in, week out.

And that has to change otherwise the Super League might not be a bad thing!