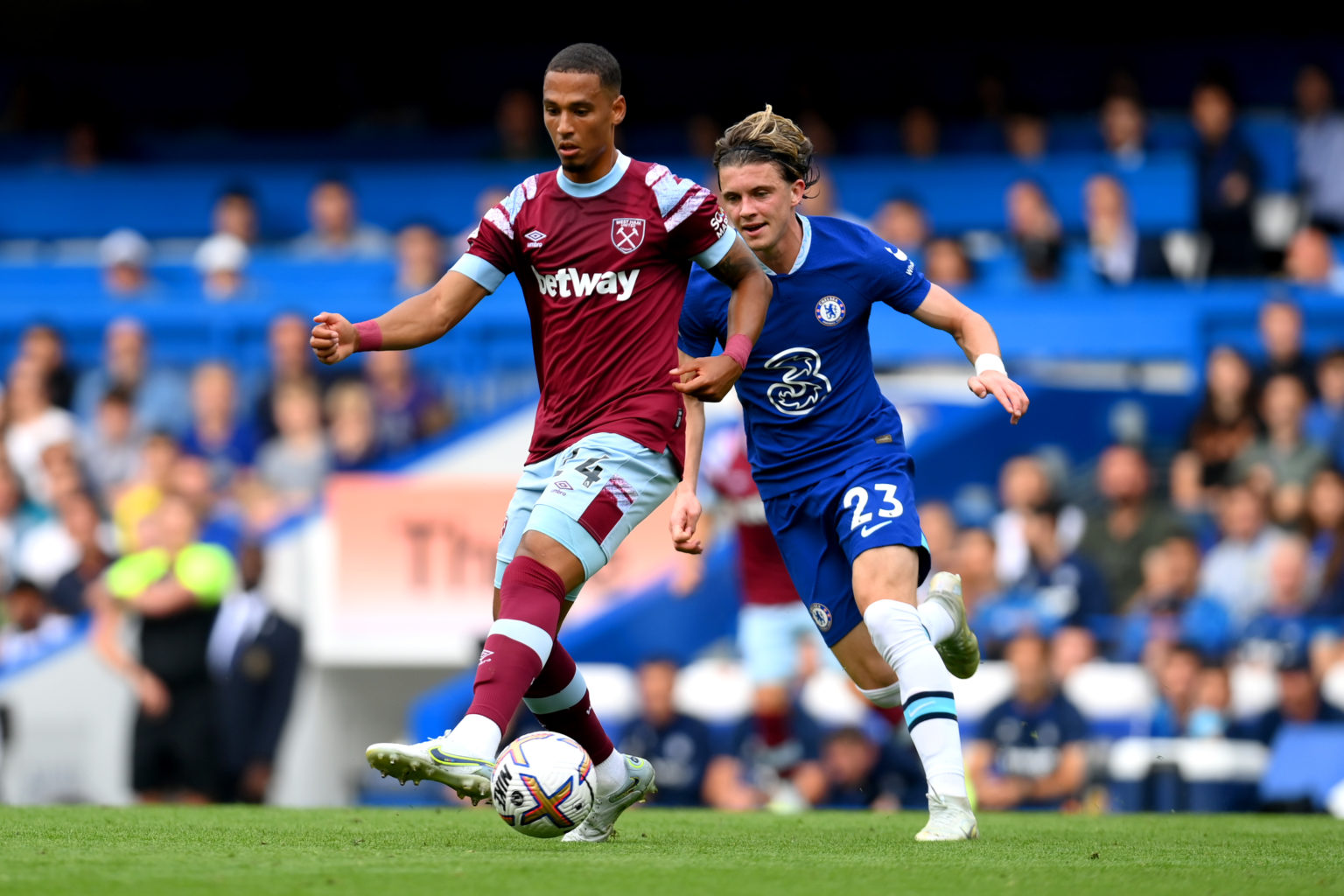 West Ham United fell back into the bottom three after falling to a late defeat to London rivals Chelsea.

Goals from Ben Chilwell and Kai Havertz in the final 15 minutes sank David Moyes’ side.

Speaking to BBC Sport, Moyes was clearly upset about a late VAR call that ruled out a Hammers equaliser.

West Ham manager Moyes was full of praise some of his players after the game, in particular new defender Thilo Kehrer.

“I’ve been mentioning him quite a lot in my media that it’s not easy to come and settle in in the Premier League.

“Some players can hit the ground running, whereas others can take a bit of time.

“We needed him, we’ve got four defenders out and one who’s just coming back from a cruciate (injury) and we’re trying to nurse him through.

Thilo Kehrer has had a baptism of fire since joining West Ham.

The £10.1m signing from PSG has already faced Tottenham and Chelsea in his first four Premier League games.

He scored an unfortunate own goal against Spurs, but Moyes still praised Kehrer, saying he was ‘really good’.

Kehrer is one of a number of defensive reinforcements made by Moyes this summer.

Nayef Aguerd could end up partnering him at centre-back once he returns from injury.

As Moyes mentions, the Hammers have struggled with injuries in defence, forcing Kehrer to adapt quickly.

The German has done brilliantly to get up to speed so quickly.

And Moyes will be hoping he can continue to praise Kehrer for his performances.