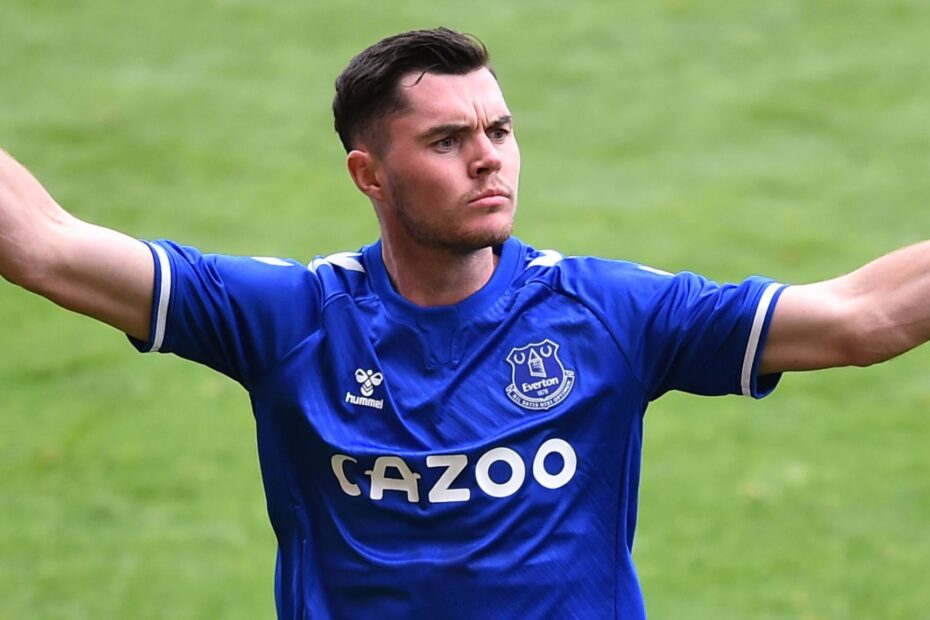 Everton have ‘knocked back’ a loan approach for defender Michael Keane, according to Sky Sports reporter Lyall Thomas.

The Toffees centre back’s contract at Goodison Park isn’t set to expire until 2025, but after falling out of favour under Frank Lampard, an early exit could be on the cards.

Premier League rivals Southampton are reportedly one of several clubs chasing the 6 foot 2 colossus, and Nathan Jones’ side are the first to step up their interest by making an official proposal.

Taking to Twitter, Thomas revealed that Southampton have come forward with an opening loan offer for Keane, though this has quickly been turned down by Everton, who have made it clear that they would rather sanction a permanent exit.

“#Saintsfc have been knocked back in their initial approach for Keane on loan. #Evertonfc not keen to loan to league-position rival + prefer to sell.”

Keane has been hailed a ‘top-class’ player by Josh Bunting and it’s a shame that it’s not worked out for him on Merseyside, but letting him go for good would be completely the right decision.

The Stockport-born talent has made zero starts and just one substitute appearance in the top-flight this season, highlighting he’s viewed as nothing more than a bench warmer (WhoScored).

Lampard clearly has no plans to include Keane in his project moving forward so it makes complete sense for Farhad Moshiri to cash in whilst he can.