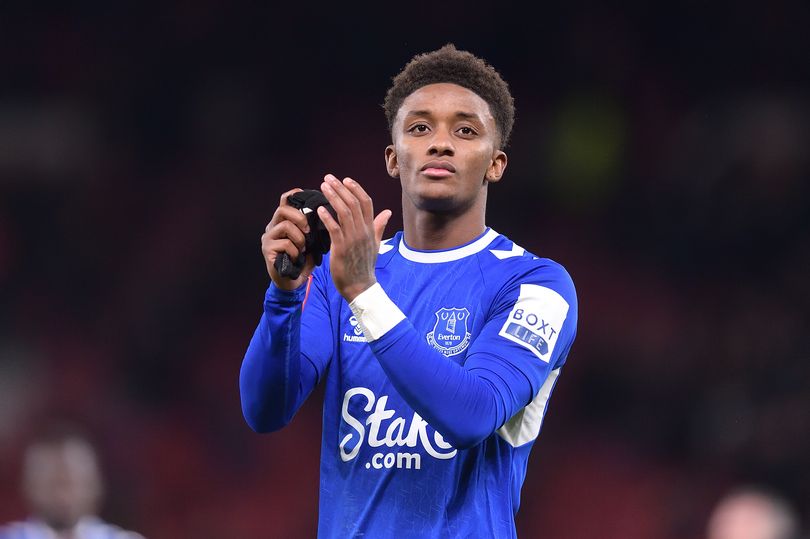 Demarai Gray believes consistency is what Everton need to move out of the relegation zone and up the Premier League table.

A combination of results going against them, and a 4-1 defeat to 4-1 Brighton & Hove Albion last time out in the league, saw the Blues slip into the bottom three last week. Everton were then dumped out of the FA Cup at the hands of Manchester United on Friday night.

Frank Lampard’s side are without a win in all competitions since October and face Southampton this weekend in what many supporters are describing as a ‘six-pointer’. And speaking ahead of the game at Goodison Park, Gray believes maintaining consistency moving forward is going to be key in his side turning their form around.

He said: “For me, it is about maintaining that consistency. That will bring points to the table for the team. We all need to be more consistent.

“We’ve shown signs of our quality, and we have some top names on paper, but this is the Premier League, and you can lose if not at your very best. We need to keep the standards high every single day.

“We have a great group here; everyone is together. But when things aren’t going great, we have to get a hold of each other and have brutally honest conversations. You have to do it to get the best out of each other.

“But from the fans right down to the changing room, it’s a very good place and we’re all together, it’s now about getting success and doing better than what we’ve been doing. I am confident there’s more joy ahead.”

Gray has been one of the bright sparks of the season for the Blues, and was on target in the recent 1-1 draw away at Manchester City. And speaking to Everton’s Official Matchday Programme, the former Leicester City man has revealed that feeling ‘valued’ by his boss is one of the main reasons behind his impressive form.

“Attacking players have a lot of responsibility because you win games by scoring goals,” he said. “The space I am in now, and the way I have matured, I have realised that I am probably looked at as one of the players to make a difference.

“For me, feeling valued really helps, and I feel like at Everton, everyone is behind me. I do like the responsibility of trying to win us games, and the manager has made me feel like I can be that person.

“I am not saying he showers me with praise, more that I just feel like everyone in the camp is behind me and believes in me. I have good relationships with everyone here. It gives me that added incentive to go out and fight for the team.

“I feel like I am on the right track right now. The nature of being a wide attacker means you’ll always have periods of doing well and then maybe not so well, but I feel like my game has matured. Sometimes I am even playing centrally, which I feel like I have adapted to. I feel dangerous.”