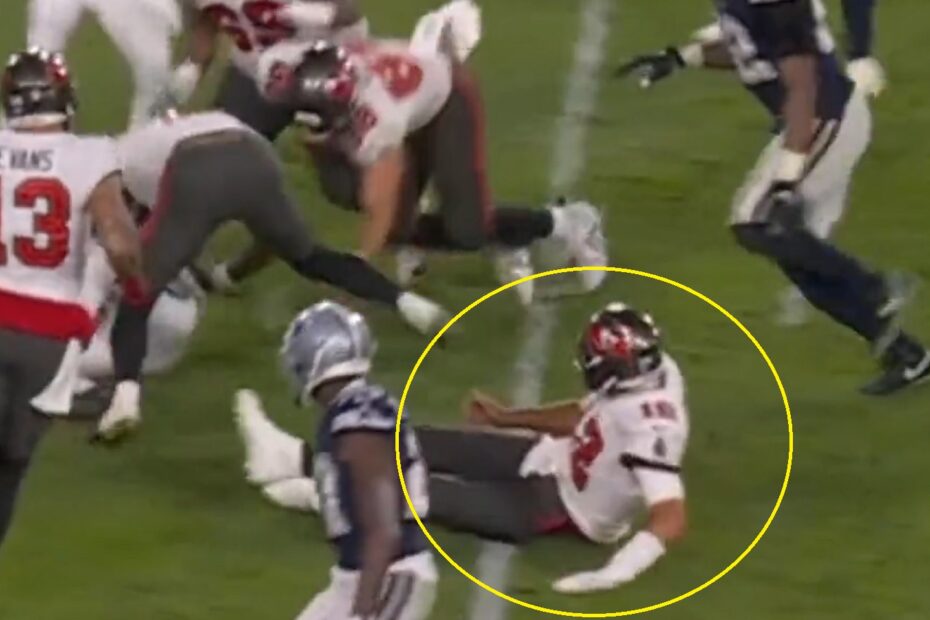 Tom Brady was caught committing a dirty move in his Tampa Bay Buccaneers’ 31-14 loss to the Dallas Cowboys in their NFC Wild Card Playoff game on Monday night.

Brady’s Buccaneers were down 24-0 in the third quarter and Brady completed a pass to Chris Godwin that went to the Bucs’ 29. Godwin lost a fumble though that was picked up by Malik Hooker.

Brady did his best to try and bring down Hooker. The Bucs QB slid to the ground and stuck his leg out to try and trip the Cowboys defensive back with a kick.

The play was reviewed and the officials determined that Godwin was down before fumbling, so the Bucs maintained possession. But some people noticed that slide and kick by Brady and thought it was a weak move.

Maybe some people will overlook the play, but it reminded us of something done by New England’s quarterback.

Brady finished 35/66 for 351 yards with two touchdowns and an interception. He took a few sacks and just couldn’t string together enough drives.

Now the 45-year-old will take time this offseason to decide what he will do.