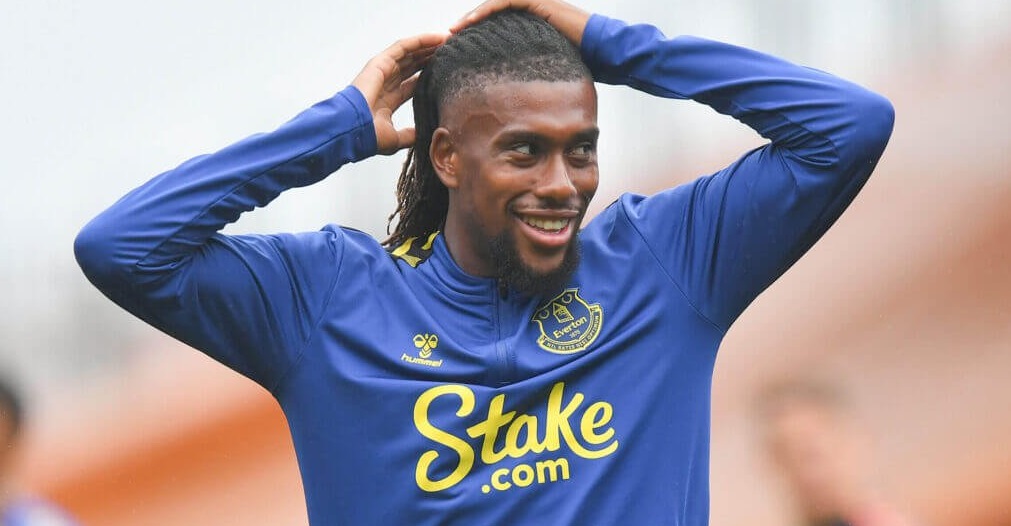 Alex Iwobi says the Everton squad have been amazed by James Garner’s ‘quality’ on the ball in training, writes the TBR.

The former Arsenal man spoke to the club’s official website and says Garner has made an impression on his teammates in training.

Garner completed a switch from Manchester United this summer after a successful loan spell at Nottingham Forest last season.

The 21-year-old is yet to make an appearance for Frank Lampard’s men but he has clearly impressed Iwobi.

Speaking to Everton’s official website, Iwobi was asked about the club’s summer signings.

“Great player on the ball.”

Garner impressed at the City Ground last season under Steve Cooper. The midfielder registered four goals and 10 assists in all competitions for Forest.

The former United man has also spent time on loan at Watford and has racked up a decent amount of experience for a youngster.

He hasn’t played a single minute for Everton yet but he will surely get his chance in the coming weeks.

Lampard also signed Amadou Onana this summer and Garner faces stiff competition for a place in the Toffees side.

It was surprising that Forest didn’t go back in for Garner after such a successful spell under Cooper.

But Lampard will be delighted to have brought in another talented midfielder who could have a big future ahead of him.

He’s clearly impressed Iwobi and the rest of the Everton squad in training. And as Lampard has now reinvented Iwobi as a central midfielder, Garner is now competing with him for a place in the side.

Everton host West Ham on Sunday and the Englishman will be hoping to be named in Lampard’s squad.