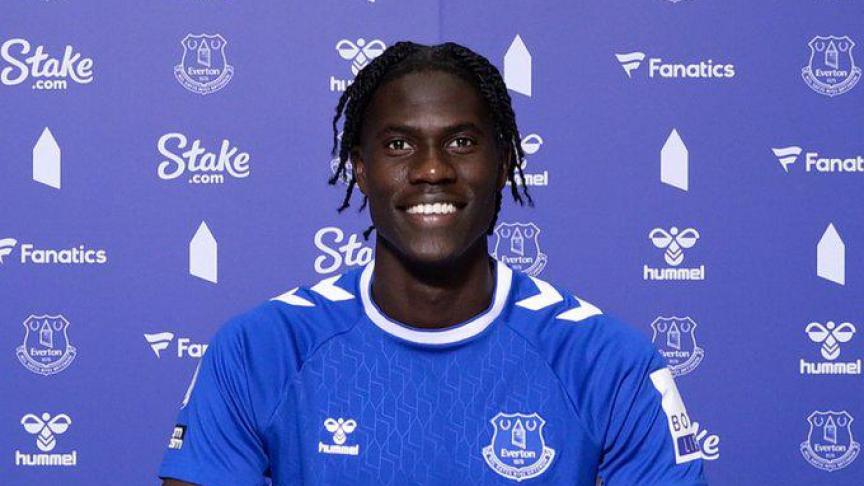 Everton new boy Amadou Onana has expressed his delight at being able to work under Frank Lampard and believes that he has had his prior thoughts confirmed, writes the IF.

Lampard’s side beat off stiff competition to land Onana on a five-year contract from French outfit Lille in the summer window, for a transfer fee in the region of £33m.

Onana previously admitted that Lampard was one of the primary factors that influenced him to opt for a switch to Goodison Park during the recently closed transfer window.

The Belgian international is of the view that the Toffees boss is a very ambitious person and praised Lampard for his managerial qualities.

Onana stressed that Lampard has a clear idea of how he wants Everton to play, which he insisted fits perfectly with his game.

The 21-year-old pointed out that Lampard, who was a midfielder in his playing days, helped him to improve his game in the past few weeks and believes that he is proving that what he thought prior to signing for Everton was correct.

“The past couple of weeks have just confirmed what my thoughts were beforehand – he’s a great manager and a nice human being as well.

“He’s full of ambition and he has a clear idea of how he wants to play football, which fits very well for me.

“There have been only positives.

“Of course, he was a midfielder as well and while we’re different players, I know I’m learning from the best.

“I’m just glad that I can work with him on a daily basis.

Onana has featured in six games for Everton so far this season and played the full 90 minutes for the Toffees in their last two Premier League games.