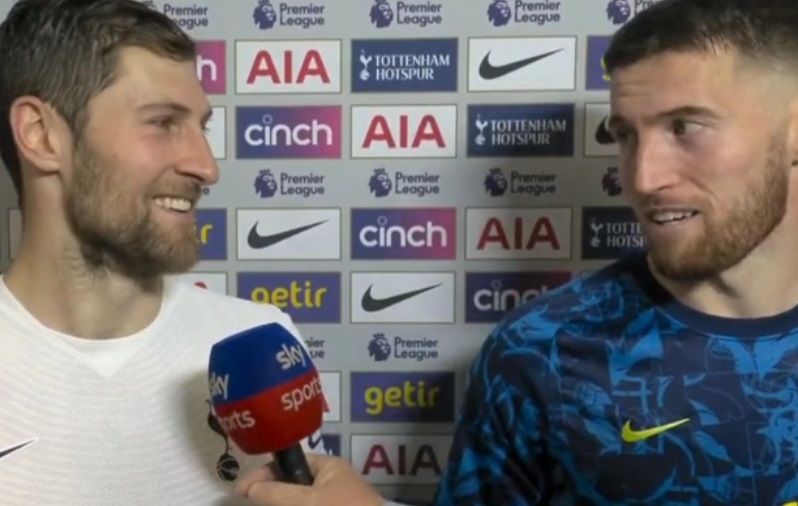 In recent comments cited by the Evening Standard, Wales manager Rob Page revealed that he has “no fear” about the latest injury sustained by Tottenham Hotspur defender Ben Davies – who Antonio Conte withdrew from Wales’ squad to face Belgium and Poland in the Nations League later this month as a result of his knock, writes the FFC.

Speaking about the condition of the 29-year-old, as well as Joe Allen, Page said: “Not serious injuries. No fear about them over the World Cup whatsoever.”

Considering just how important a part of Conte’s side Davies has proven himself to be over the past 12 months, Page’s suggestion that the defender’s knock – believed to be a hairline fracture just below his knee – is not overly serious is sure to be great news for the 52-year-old Spurs boss – particularly with the north London derby up next for Tottenham.

Indeed, despite Fabio Paratici’s summer signing of Clement Lenglet, Davies has remained a key part of Conte’s three-man backline, featuring in five Premier League fixtures so far this season, over which he has helped his side keep two clean sheets and provided one assist, as well as made an average of 0.8 interceptions, 1.2 tackles, 4.0 clearances and won 3.8 duels per game.

These returns have seen the £18m-rated talent average an extremely impressive SofaScore match rating of 6.98, ranking him as Conte’s ninth-best performer in the top flight of English football thus far in the club’s 2022/23 campaign.

As such, the news that the £60k-per-week defender will not be ruled out of action for any great length of time will undoubtedly come as a big boost to the Italian manager and his side – particularly if the Welshman is deemed fit enough to feature against Arsenal in 10 days’ time.