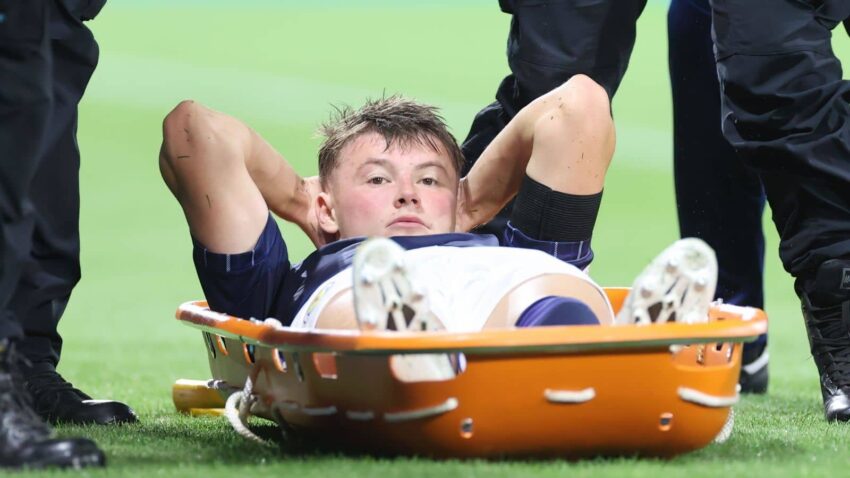 Everton have confirmed that Nathan Patterson will be sidelined for four to five weeks after sustaining an injury on international duty, writes the Liverpool Echo.

The right-back was forced out of Scotland’s match with Ukraine at Hampden Park last week with an ankle problem, and returned to the club shortly afterward to be assessed by medical staff. The defender has now visited a specialist in London recently to reveal the full extent of the issue.

The 20-year-old has been one of the club’s standout players at the beginning of the campaign with a string of excellent performances, after claiming his place in the side with Seamus Coleman having his own injury issue to begin the term. Patterson has played in every match for his club up until this point, but is now set to miss the next selection of fixtures due to this problem.

Everton travel to face Southampton next before hosting Manchester United at Goodison Park a week later. Trips to Tottenham Hotspur, Newcastle United and Fulham all come within the next four to five weeks – as well as a home clash against Crystal Palace before the end of the month.

Coleman is now back to fitness for Frank Lampard and was called up by the Republic of Ireland over the current international break, but the Everton captain didn’t feature for his country. Following his consultation in London, Patterson will have specialist treatment from the medical team at Finch Farm.