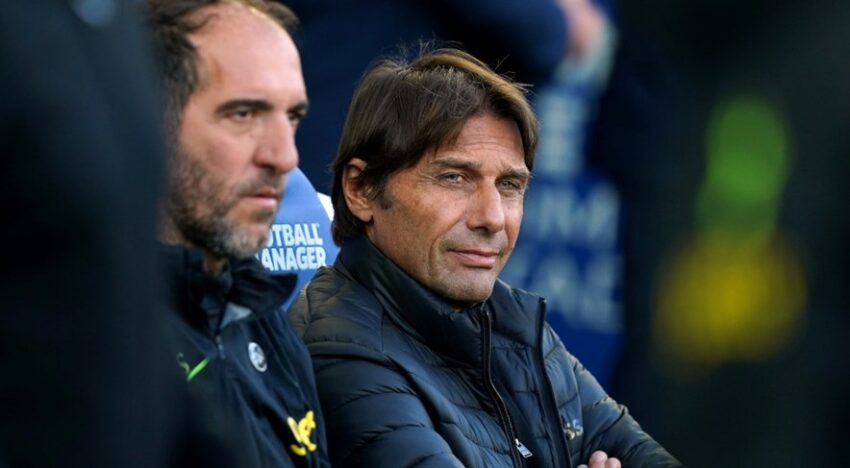 Tottenham boss Antonio Conte continuously overlooking Djed Spence must mean something has happened behind the scenes, according to journalist Paul Brown, writes the GMS.

Spence made the switch to the Premier League in a £12.5m deal from Middlesbrough in the summer transfer window, but he’s been restricted to just one appearance.

Following months of speculation, the 21-year-old finally arrived in north London ahead of the new campaign, with Spurs beating off competition from several Premier League and European clubs.

Despite already having both Emerson Royal and Matt Doherty in their ranks, right wing-back was an obvious weakness in Conte’s squad.

As a result, Spence would have surely fancied his chances of fighting to become the Italian’s number one player in that position.

Instead, the Tottenham boss has preferred Royal and even with the Brazilian currently suspended for his red card against Arsenal, Spence still hasn’t been given a chance.

With some supporters hoping his sending off will increase Spence’s chances of getting some game-time, Conte said: “The fans have to be fans. The fans is the fans, I understand they can think everything, but I see every day what happens during the training session.

“We are talking about a young player with a good prospect, but I repeat I try to pick the best team.”

Conte previously stated that Spence was a club signing, which appears to explain why he’s made just one substitute outing.

Brown reckons that Spence’s situation could improve but reckons that something might have taken place behind the scenes.

He told GIVEMESPORT: “That’s not to say that that can’t change because we saw Doherty come into the frame last season and hold that place down for quite a while and earned praise from Conte for doing so.

“But something has obviously happened there, because it’s clear that Conte did not push to sign Djed Spence and doesn’t think he’s ready and it’s clear Doherty is not doing in training what Emerson is.”